In 1998 after a plea by Lord Smith, who was Minister for the Arts at the time, Sally stepped in to save The Old Vic Theatre from closure. She revitalised the theatre, forming a Charitable Trust and asking Lord Alex Bernstein to chair it. Within four months she had raised £1.5 million towards the purchase price of £3.5 million. Over the next two years she raised a further £2.5 million to transfer ownership of the theatre from the Canadian entrepreneur, Ed Mirvish into the charitable trust. 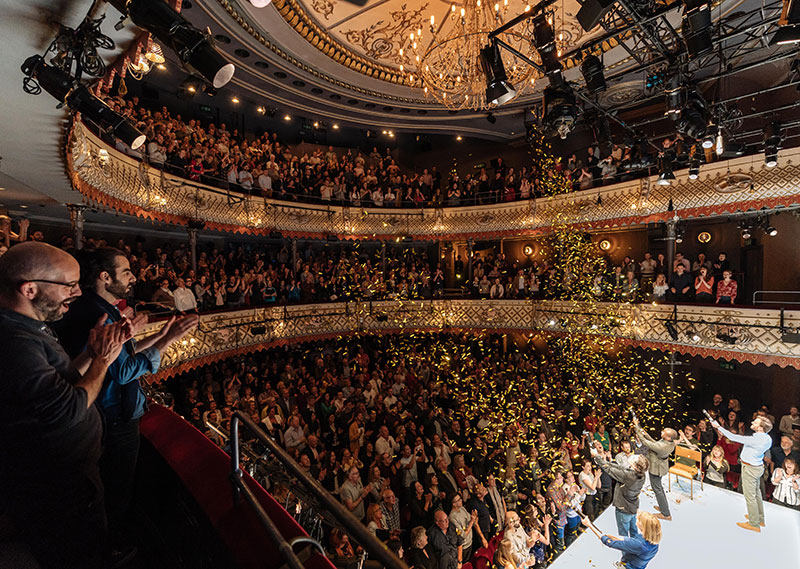 Sally formed a spectacular board – Lord Attenborough, Michael Bloomberg, Sir Richard Eyre, Stephen Daldry CBE, Lady de Rothschild and Dame Judi Dench – to help reinvigorate arguably one of the most famous theatres in the world. In 2002 she persuaded Sir Elton John to take up the Chairmanship of the Theatre after Lord Bernstein resigned.

In 2003, Sally drew upon her powers of persuasion and convinced Academy award- winning actor Kevin Spacey to become the Artistic Director of The Old Vic. The first season under Kevin Spacey’s direction took place in 2004 and his 11 year tenure ended in 2015 when acclaimed British director Matthew Warchus took up the post. Matthew’s seasons have featured wide ranging and daring works including Olivier and Tony nominated new musical Groundhog Day and Glenda Jackson’s return to stage after 25 years as King Lear.

In 2017, The Old Vic completed the first steps in a transformational programme of investment and renewal. An ambitious £16 million multi-phased capital building project with a goal to transform the audience experience, educate and inspire the next generation and unlock new audiences and income streams, allowing it to move towards a more sustainable model of self-reliance. 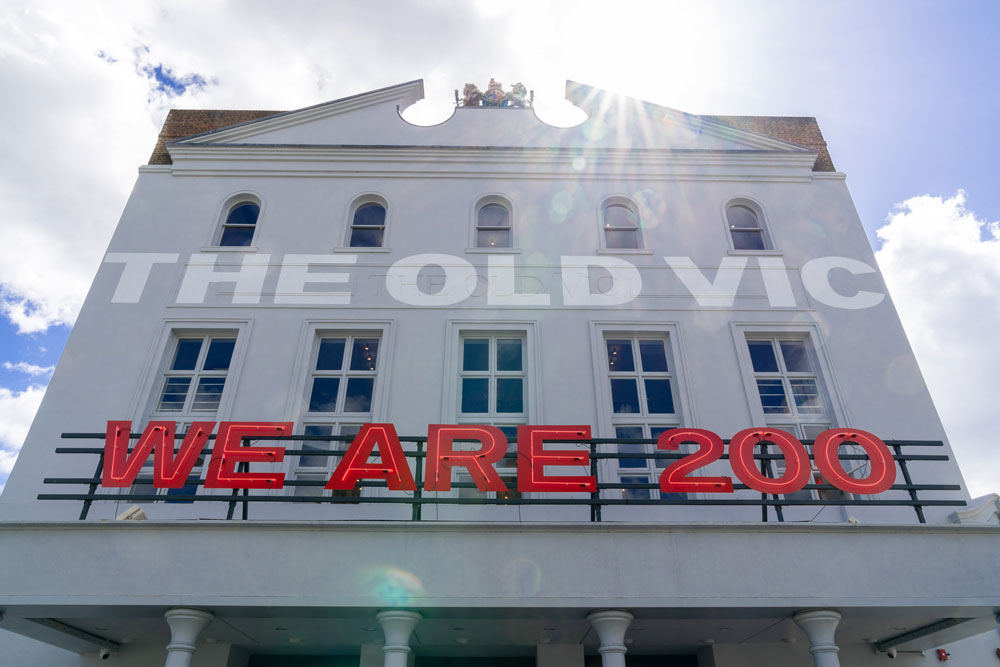 In 2018 The Old Vic celebrated its 200th birthday, an opportunity to celebrate the vibrant, ever-evolving British institution. Unsurprisingly it has recently been hailed as ‘London’s most eclectic and frequently electrifying theatre’.

Sally holds the title of Founding Trustee of The Old Vic and remains involved with fundraising to provide for both operational costs and on-going expansion and renewal works.