Greene Light Films (GLF) was established in 2007 with the intention for the Greene empire to utilise the creative relationships that have been formed and cemented through the work completed by the Sally's theatre companies.

“This heart-warming
Brit-flick is a winner”
LOOK

“Endearing... an earnest,
eccentric expression of its
creators’ nostalgia for the
twilight of a musical
lotus land”
NEW YORK TIMES

GLF have since been involved in Double Take, one of five winning short dance films to be selected for broadcast by Big Shorts and Channel 4 in association with BAFTA. Written and directed by Sam Hodges and choreographed by Ben Duke, it premiered at BAFTA in July 2012 and was widely regarded as the finest entry. 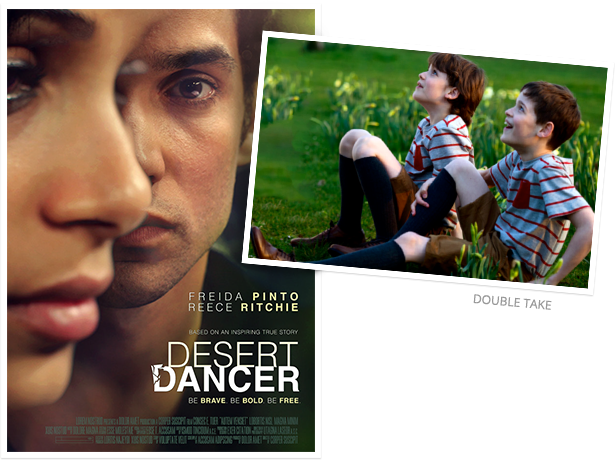 GLF has co-produced Richard Raymond’s debut feature film Desert Dancer starring Freida Pinto, Reece Ritchie, Tom Cullen and Nazanin Boniadi – an extraordinary tale of the search for freedom and love, based upon the true story of Iranian exiled dancer Afshin Ghaffarian, who fled the tyranny and oppression of Tehran, was granted asylum in France and awarded a place at the National School of Dance in Paris, where he continues to live today.

The film is scored by Benjamin Wallfisch (Dario Marianelli’s long term collaborator and orchestrator for Atonement, Anna Karenina, Pride and Prejudice, V for Vendetta, The Soloist and Jane Eyre).

GLF is an executive producer for the upcoming Sony Pictures Television series based on the lives of Joan and Jackie Collins.